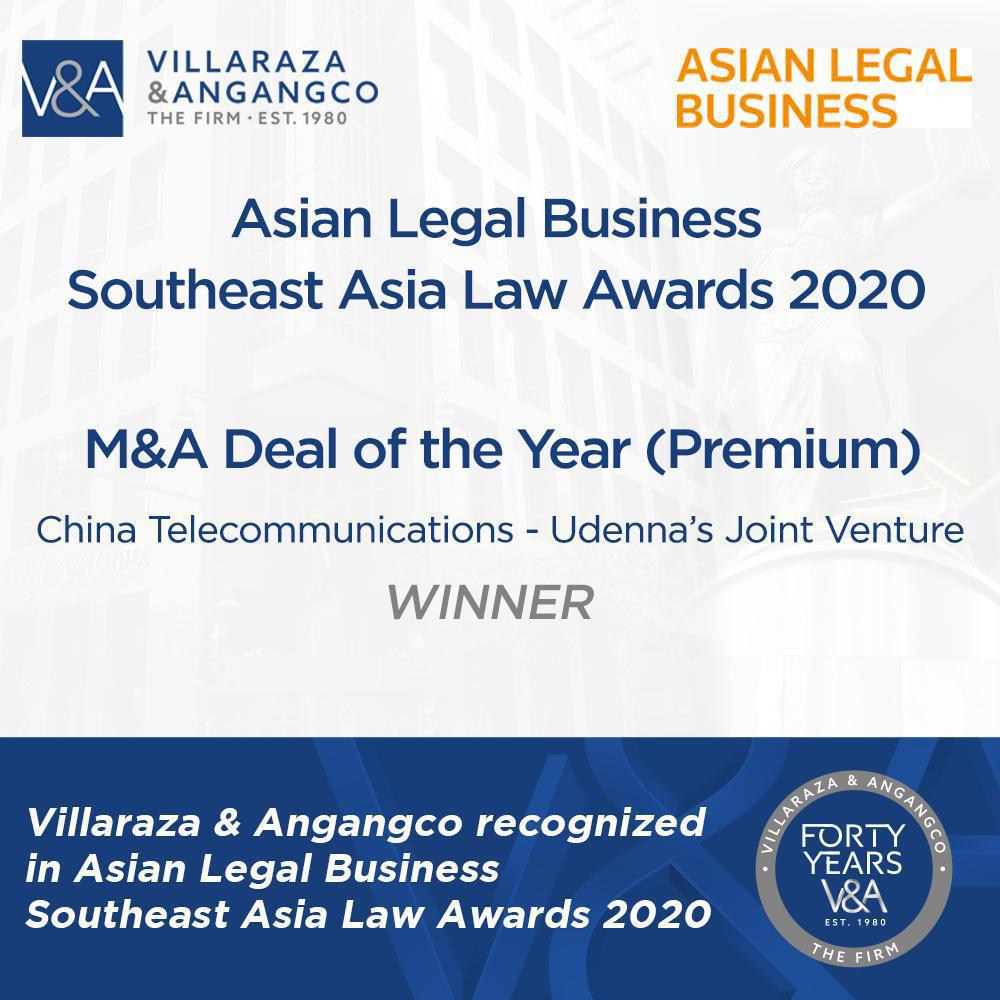 We are pleased to announce that Villaraza and Angangco was recognized for its role in the China Telecommunications – Udenna Joint Venture which was recognized as M&A Deal of the Year for the premium category in the recently concluded Asian Legal Business Southeast Asia Law Awards 2020.

Known for handling historic public interest cases and deals of national significance, the Firm acts as Philippine counsel for China Telecommunications Corporation, the foreign investor of the joint venture, to allow the entrance of the third major telecommunications service provider in the country. The deal is deemed as among the most crucial developments in the country’s telecommunications industry as it aims to provide Filipinos with faster, more affordable, and more reliable mobile and internet services, and is a priority project of the current administration.

This is the third M&A Deal of the Year Award for the China Telecommunications – Udenna Joint Venture, the only winning deal from the Philippines for this year's ALB Southeast Asia Law Awards.