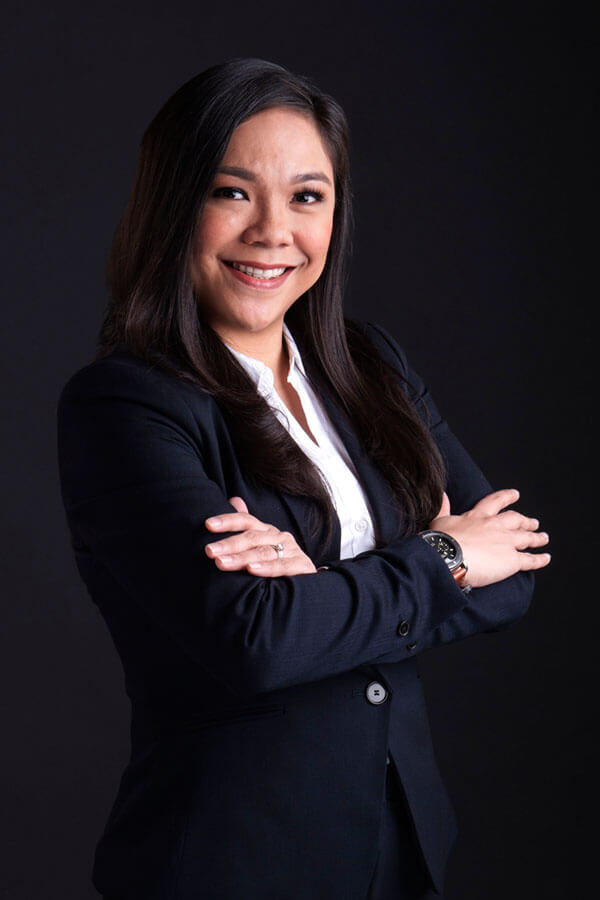 Atty. Via Monina C. Valdepeñas is a Senior Associate with five years of experience in litigation and dispute resolution. She is also a member of the Firm’s Arbitration Practice Group. Her practice includes civil, criminal, and commercial litigation, corporate rehabilitation and insolvency, intra-corporate disputes, construction arbitration, labor and employment and anti-graft and corruption.

She has extensive litigation experience before trial and appellate courts, including the Court of Tax Appeals, and quasi-judicial agencies, such as the Construction Industry Arbitration Commission (CIAC). She was part of the team that obtained a favorable decision for one of the Firm’s major banking institution clients on an appeal before the Supreme Court involving a multi-billion peso claim, secured millions of pesos in awards in various cases before the CIAC for one of the largest construction companies in the country, and secured dismissals and acquittals in proceedings against high-ranking officials before the Ombudsman and the Sandiganbayan.

Via currently represents a public utility and one of the largest retail electricity suppliers before the Supreme Court in cases involving the mandate and authority of the Department of Energy and the Energy Regulatory Commission.