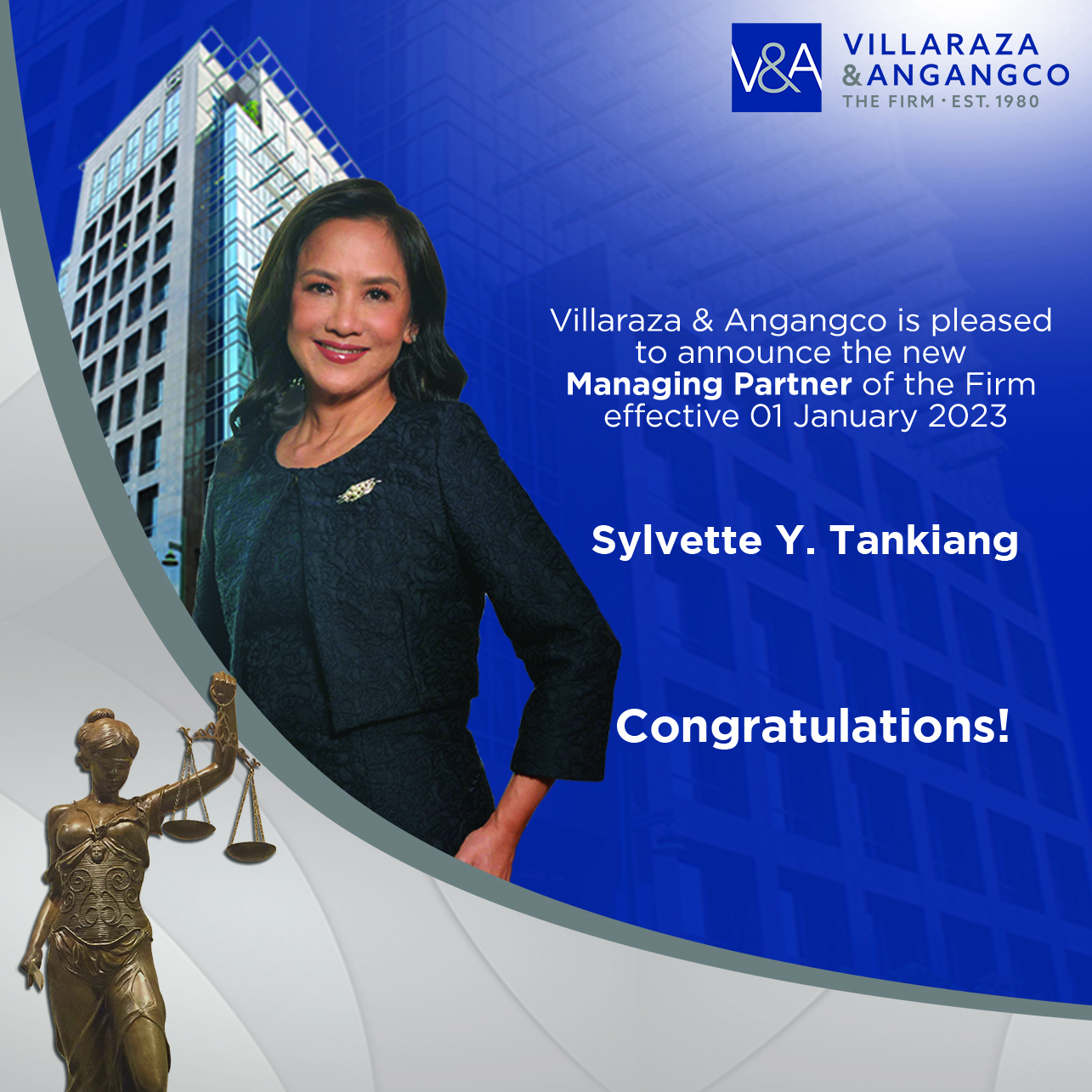 Sylvette is V&A Law’s first female Managing Partner since its establishment in 1980. Prior to being appointed as Managing Partner, Sylvette served as V&A’s Chief Financial Officer, Head of Taxation Department and Head of Corporate & Commercial Law Department.

Sylvette’s areas of legal expertise include taxation, mergers and acquisitions, banking and finance, securities, real estate, mining, natural resources, and power and energy. With her expertise, she has consistently been acknowledged by global and domestic legal publications. Sylvette has been named as a Hall of Famer for Capital Markets and Leading Individual for Taxation by the Legal500, Leading Lawyer for Tax and Corporate & M&A by Chambers and Partners, Highly Regarded Lawyer for Banking and M&A by IFLR 1000, Leading Lawyer by AsiaLaw, and one of the Top 100 Lawyers of the Philippines by the Asia Business Law Journal. She was also named as one of the Super 50 TMT Lawyers and Dealmaker of the Year (Philippines) by the Asian Legal Business.